You are here: Home / Featured / From a naturalist’s sketchbook 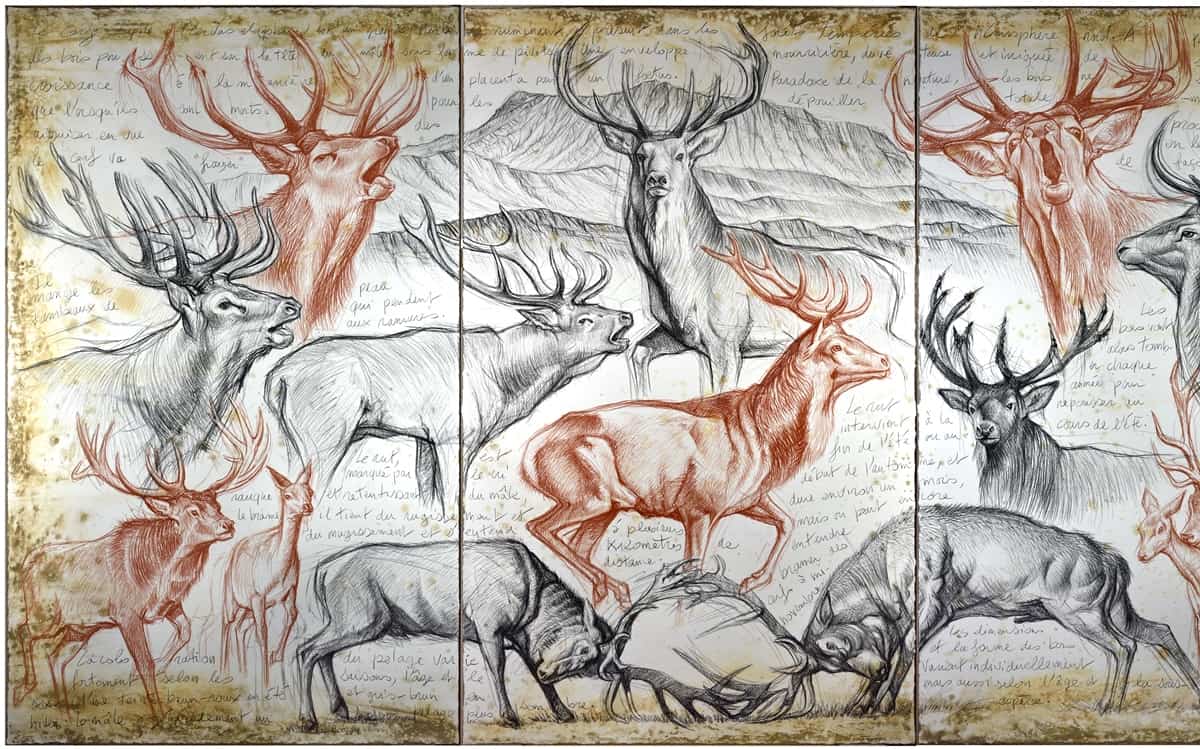 For thirty years Marcello Pettineo has devoted his energy to creating art based on the natural world. His research has taken him across the globe. He has worked with several scientific missions and with the museum of Natural History in Paris.

Marcello has also created artwork for high-end companies including Holland & Holland and Leica. He does not hunt, but has seen the positive effects of managed hunting in many countries. That is why he offered his work for Hunting Life – Moments of Truth.

Marcello is in some ways a man out of his own time. By rights he belongs among the great explorer/naturalists of the Victorian era.

‘I want my work to look like a naturalist’s sketchbook,’ he says. ‘The images are my message — that we must see and understand the natural world if we are to preserve it. Often the adventure is just two steps away.’

This is Coutada 11 in Mozambique, a conservation and hunting story like no other. There are no fences, just millions of acres of wilderness rolling to … END_OF_DOCUMENT_TOKEN_TO_BE_REPLACED

For all her modern adornments, there are still glimpses of the old Africa to be found. Tiger fish will take you there. 'The camp staff will have been … END_OF_DOCUMENT_TOKEN_TO_BE_REPLACED

Blessed are they who have earned the love of an old dog. 'The truly great times with a field dog tend to be short. By the time they’ve learned a few … END_OF_DOCUMENT_TOKEN_TO_BE_REPLACED

Argentina, I think I love you.  Blackbuck ram in one of the deep morning mists that transform the palmetta country into a wonderland. A nice stalk but … END_OF_DOCUMENT_TOKEN_TO_BE_REPLACED

'It's the eyes you see first. Not that great muddy cape, not that muzzle twisted in rage or the nostrils flared and ready for battle. It’s not even … END_OF_DOCUMENT_TOKEN_TO_BE_REPLACED